Brain foods: The effects of nutrients on brain function; what to eat to have sharp and healthy grey matter


Foods that are good for the brain&nbsp | &nbspPhoto Credit:&nbspiStock Images

Only a few weeks ago, the outcome of a study on nutrition and brain health shocked the world.  A recent study out of Australia has found that people who routinely consume sugary drinks, high-sodium snacks, and processed meat tend to have smaller left hippocampi, an area of the brain responsible for memory, learning, and mental health.

The results of the study by researchers at Deakin University and the Australian National University (ANU) suggest that older Australians with unhealthy diets have smaller hippocampi – the hippocampus is a part of the brain believed to be integral to learning, memory and mental health. It has also shown that older people with healthier diets have larger hippocampus.

The study concluded: “Lower intakes of nutrient-dense foods and higher intakes of unhealthy foods are each independently associated with smaller left hippocampal volume. To our knowledge, this is the first human study to demonstrate associations between diet and hippocampal volume concordant with data previously observed in animal models.”

A study published in the US National Library of Medicine by Fernando Gómez-Pinilla, Departments of Neurosurgery and Physiological Science, the University of California at Los Angeles School of Medicine – elaborates on the relation of food nutrients and brain functions.

It says that it has long been suspected that the relative abundance of specific nutrients can affect cognitive processes and emotions. Research over the past 5 years has provided exciting evidence for the influence of dietary factors on specific molecular systems and mechanisms that maintain mental function.

Over thousands of years, diet, in conjunction with other aspects of daily living, such as exercise, has had a crucial role in shaping cognitive capacity and brain evolution. Abundant paleontological evidence suggests that there is a direct relationship between access to food and brain size and that even small differences in diet can have large effects on survival and reproductive success.

The study also cites the effects of vagal nerve stimulation on cognition, how vagal afferents from the gastrointestinal tract are critical for monitoring various aspects of digestion, such as the release of enzymes and food absorption. Several gut hormones or peptides, such as leptin, ghrelin, glucagon-like peptide and insulin have been found to influence emotions and cognitive processes. 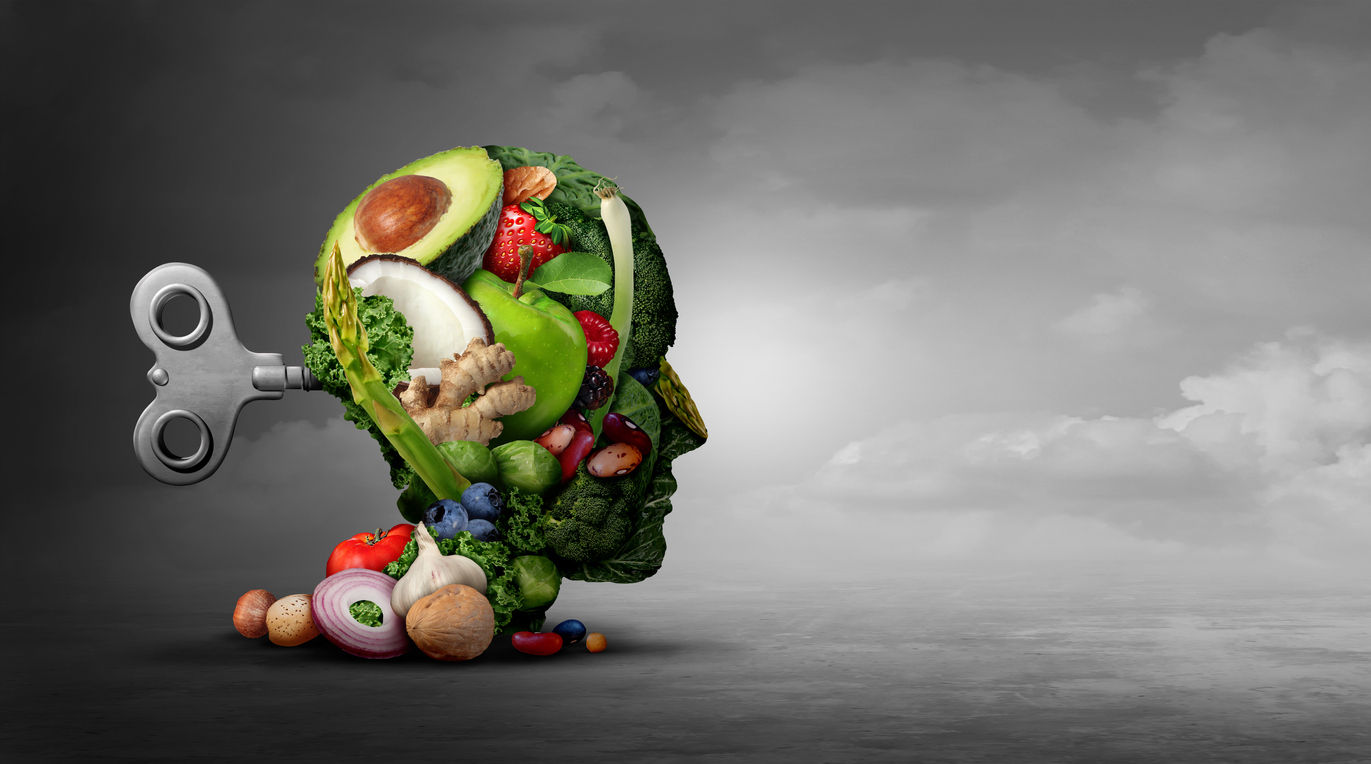 Leptin is synthesized in adipose tissue and sends signals to the brain to reduce appetite. Ghrelin is an adipogenic hormone that is secreted by an empty stomach. GLP1, which is synthesized by intestinal cells, regulates energy metabolism by stimulating pancreatic insulin secretion and subsequent glucose uptake by muscle cells, and by suppressing food intake through actions on the hypothalamus. Finally, insulin, which has classically been regarded as a gut hormone that is produced in the pancreas, has also been found to alter synaptic activity and cognitive processing. Insulin secretion is normally stimulated by the mental anticipation of meals and continues during digestion and the absorption of foods into the bloodstream. Insulin can enter the brain and interact with specific signal-transduction receptors located in discrete brain regions, such as the hippocampus. Overall, the evidence seems to indicate that the act of feeding can itself modulate cognitive processes on two levels, through neural circuits that connect the gut and the brain and through the release of gut peptides into the bloodstream.

Here are the select nutrients that affect the brain’s cognitive function.

In India, it is likely that we are doing something right. Because in the end, this report says something heartening about India, and the diet of Indians.

“It is intriguing that several countries with limited resources, such as India, have a reduced prevalence of neurological disorders that have been associated with diet, such as Alzheimer’s disease… This raises the concern of whether industrialized societies are consuming a balanced diet that takes into consideration appropriate numbers of calories as well as appropriate nutrients and adequate levels of exercise. Many practical questions regarding the design of diets to specifically improve brain function, such as type, frequency and amount of nutrients that constitute healthy brain food, remain to be answered, but we are beginning to uncover the basic principles that are involved in the actions of foods on the brain. Incorporating this knowledge into the design of novel treatments could be vital to combating mental diseases and neurological weaknesses.”

Disclaimer: Tips and suggestions mentioned in the article are for general information purposes only and should not be construed as professional medical advice. Always consult your doctor or a professional healthcare provider if you have any specific questions about any medical matter.

US Healthcare: Strategies for Containing Costs