Had a Praying Mantis nest hatch by my front door! 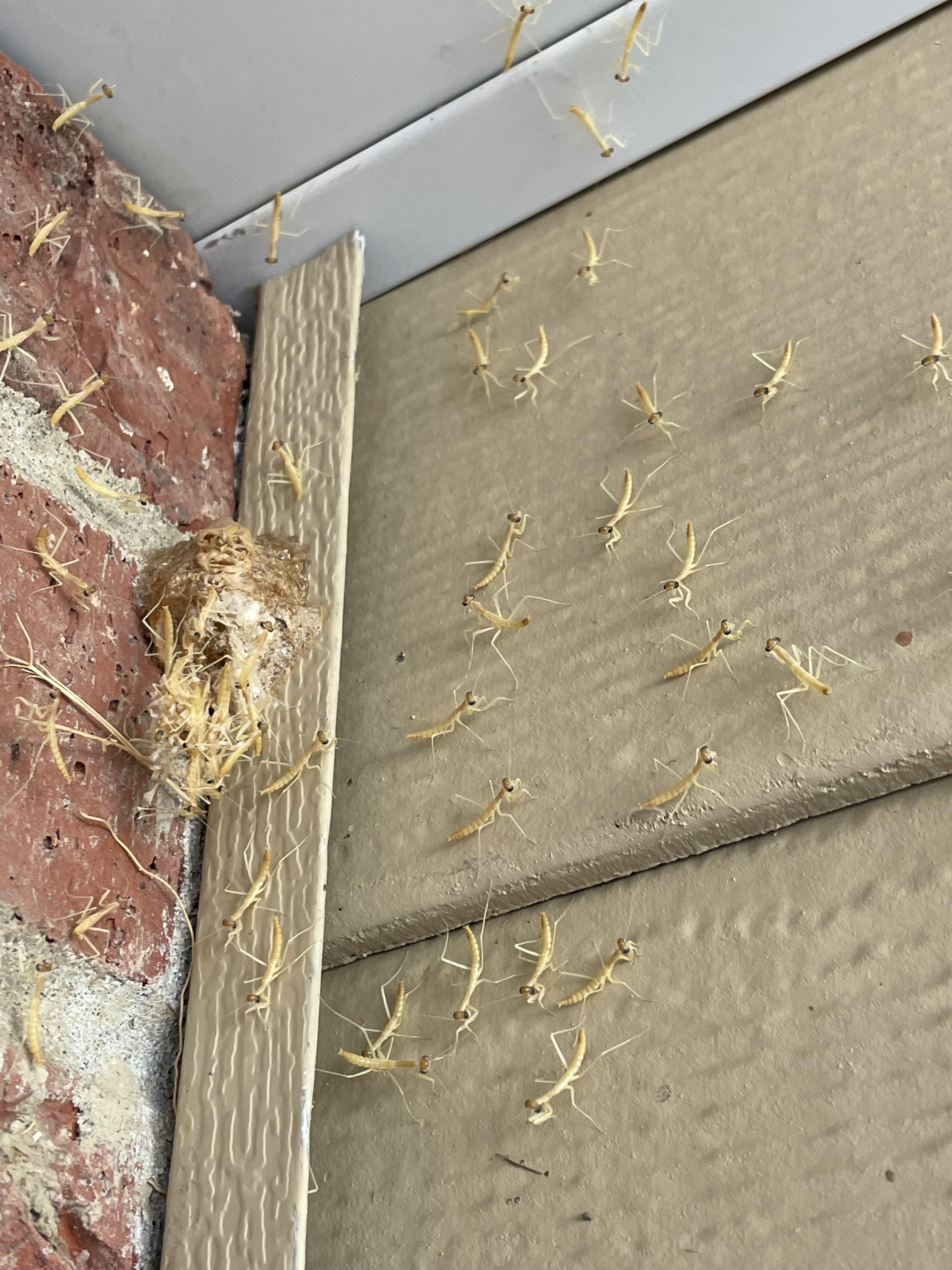 Had a Praying Mantis nest hatch by my front door!

The Gangs all Here